A Tragedy in Georgia 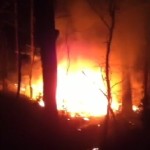 It is always sad to hear of any aircraft mishaps especially when it results in a fatality but it seems a little more personal when it’s in your own back yard.

There was 2 fatalities in a small private jet crash northwest of Atlanta on Tuesday night December 17th. That is just a few short mile east of my home airport, The Paulding Northwest Atlanta airport.

According to the FAA, the flight departed from the Fulton County Airport and was headed for the New Orleans Lakefront Airport. The aircraft was a Raytheon 390 Premier jet which crashed just after 7 p.m.

A Medical Examiner identified one of the victims as Peter Mallen, 67, of Atlanta. Peter was CEO of the Norcross-based Mallen Industries. The second victim was identified as Brittany McAuley, 23, of New York and a former Emory University student.

It looked as if it was headed straight towards some local homes but according to an eye witness it appeared as if the pilot made a deliberate turn to the left just before the plane hit the trees. No homes were struck by the plane according to the fire department.

Officials are still currently investigating the cause of the crash. 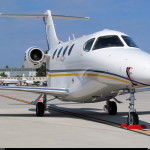