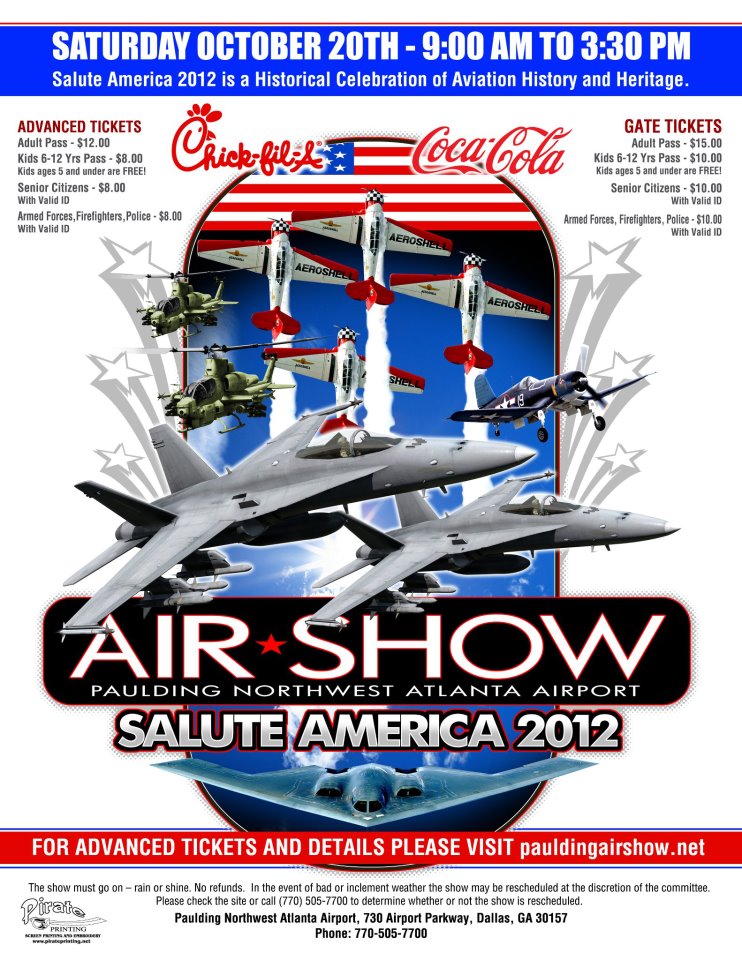 Air shows offer specifically unique, world-class, family entertainment, at affordable prices! From the earliest barnstormers of the 1920s and 1930s to today’s highly professional aerobatic experts, air show pilots have demonstrated that the public’s interest in aviation entertainment is not a fad. Year-in and year-out for more than 100 years, air shows have been among North America’s largest spectator events.

Salute America 2012 is presented by the Paulding Northwest Atlanta Airport (PUJ). This airport of the future is the first jet-capable airport to be built in Georgia in over thirty years. Its design was created to provide a foundation for the growth in aviation and industry in Paulding County.

We are so excited to have this high flying act coming to our air show Salute America.  Team Aeroshellhas been performing all over North America for over twenty years.  They have won professional awards in all the major air shows and are widely recognized as one of the best performing groups in the entire industry.

The Rower air show is one of the most exciting Stearman air shows on the circuit today.  Gary Rower displays the power and beauty of this vintage aircraft.  Spectators have described it as “ballet in the air”.  Gary, a former USAF F-16 pilot trainer, has accumulated over 18,000 hours of flying time all over the world in a vast variety of planes.  His love for flying and talent for aerobatics is unmistakeable in his remarkable performance.