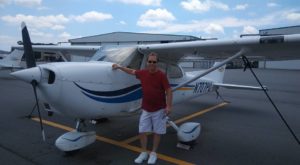 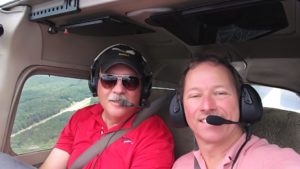 Time for a Fly-In

TIME FOR A FLY-IN 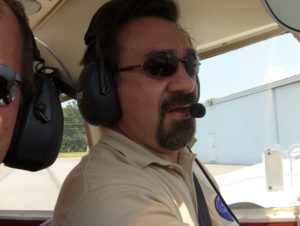 Any pilots in the US Southeastern states:
We are having a fly-in at the Triple Tree Aerodrome to observe the Solar total eclipse on August 20 and 21st. Triple Tree is in the path of totality and should be a great place to watch this once in a lifetime event!
Here is more info on the event: 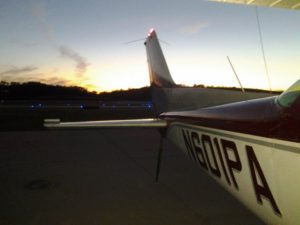 Here’s the Fly-In deal, on August 21, 2017, in the early afternoon, there’s going to be a total eclipse of the sun and Triple Tree will be almost directly under the path of the moon’s shadow! That means that it’s going to be “lights out” for about two and a half minutes during mid-day! Triple Tree will be one of the very best places in the world to experience this incredible event. Ideally, the experts tell us, to best view the eclipse, you need a clear view of the sky. Well, at Triple Tree, everywhere you look is SKY!

We’re going to open the field on Sunday, August 20 at 9:00 a.m. for fly-in arrivals. Our world-class facilities will be open and non- premium camping spots will be available on a first come-first served basis. Please come prepared with food and drinks. We will have ice and bottled water available. Sunday evening will be a great time to visit and socialize with all of your old and new flying buddies. We’ll have a bar open at the hangar and it’ll be a great social event! Monday evening, after the eclipse, there will be a barbecue dinner at the main hangar and adult beverages will be available. We may just bring out Tempus Fugit, our fabulous TF-51, for a celebratory fly-by! Departures should be planned before noon on Tuesday, August 22.

IT’S FOR A GOOD CAUSE

So, how much is this going to cost you? We’ve decided that the normal admission and camping fees will be waived. In place of those fees, we’ll be asking for a donation. The only fixed prices will be for meals and our premium campsites. Meals and prices are as follows

CAMPING UNDER THE STARS

The only camping sites that may be reserved are our premium sites (60 amp electrical and water) and we will ask for a minimum donation of $250 for these. Persons reserving these premium sites will be able to bring their recreational vehicles on-site up to two days before the event for setup. On-line reservations will be available soon for these sites at www.tripletreeaerodrome.com. Please note that there is a limited number of premium sites available. Another camping site availability is virtually unlimited.
Remember, Tripe Tree is a 501(c)3 non-profit so your donation may be tax deductible. Every cent donated to Triple Tree ultimately goes directly towards our efforts to “Ignite and Expand the Passion for Aviation” with local schools, scout groups, CAP cadets and others.
We truly hope you will join us at the Triple Tree for this incredible fly-in experience. We promise it will “eclipse” any $100 hamburger you’ve ever had!

The Paulding county airport (Silver Comet Field) hosted a paratrooper training exercise for the United States Military. Airport director Blake Swafford talks about the economical benefit for both the airport and for the citizens of Paulding county.

Posted in Aviation Articles | Leave a comment
Posted on January 27, 2015 by Tommy

iFly GPS offers a simple yet powerful navigation solution that goes far beyond your imagination while keeping it simple and intuitive for all pilots. iFly GPS is the only game changing “Multi-Platform” navigation solution providing exhaustive support of ADS-B, Traffic, Weather on a dedicated aviation lineup as well as Android and IOS device.